Back to Yard Of Blondes's Music <
Single 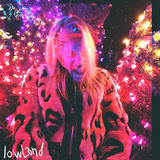 Emerging Los Angeles rock band Yard Of Blondes is releasing new single « Lowland » from their debut album « Feed the moon » today. The song is the result of a collaboration between Yard of Blondes and Billy Graziadei (from Biohazard) who produced the album. The one and only Mike Patterson (Nine Inch Nails, Black Rebel Motorcycle Club, Beck..) took care of the mix, and Maor Applebaum (Faith No More) mastered the album. It's a slower track than their 1st single « you and I & I », but the darkness is still present.. « Lowland » depicts the dark place we always go to when we are distressed ; it’s the place where all our monsters live in, and it’s described like this: « the sun never rises », « drifted eyes in fear », « scary palms shaking » « In the song i feel i’m going back to that dark place, but this time you’ll accompany me to get me out of there, just like Orpheus going to get Eurydice from death, except here the roles are reversed because Fanny is the one who is pulling me out from inside » that’s how Vincent Jacob (lead singer) describes the lyrics. This song has a deep meaning for him and it was his way to describe his real anxieties and fears. The edgy, intense, and melodic music are widely influenced by the same artist that influenced the name of the band: Jeff Buckley. Still, don’t get it wrong, with its detuned guitars, haunting vocals and thumping rhythm section, Yard Of Blondes is the new alternative rock from the land of grunge. WATCH Their self-produced music video : it will take you to the happiest place on earth… a satire about so-called paradise and happiness : https://youtu.be/BFL0Yw6bknQ Streaming : https://open.spotify.com/album/5LBpgQNdOlFcqQOfuFumiz FOLLOW YARD OF BLONDES: www.yardofblondes.com, Insta/Twitter: @yardofblondes, www.facebook.com/YOBmusic About the ALBUM : This upcoming album « Feed The Moon » is in the same vibe as « Murderology », their previous EP that got airplay worldwide, including on KROQ (USA), Kerrang! (UK), France4 (French National TV) and national radios in Latin America (DobleNueve..). About the BAND: Yard Of Blondes is a French/Californian rock band composed of Vincent Jacob (vocals/guitar), Fanny Hill (bass/vocals), Burak Yerebakan (guitar) and Forrest Mitchell (drums/vocals). With their female bassist, their raw energy and influences we can’t help but being reminded of bands such as Sonic Youth, the Pixies and the Smashing Pumpkins. Yard Of Blondes released 3 EP’s since 2011, were featured along with Eric Burdon (The Animals) and Victoria Williams on the Hi-Desert compilation "Highway 62 Love Songs », then were remarked by Rodney Bingenheimer, legendary KROQ DJ, who began playing their track Murderology in 2013. He was subsequently imitated by more than 100 international radio stations. In 2014 French National TV France4 produced a 60 minutes documentary about the band and in 2016 the band was featured on the compilation «I love you all the time» along with Eagles Of Death Metal, Florence & The Machine, Kings Of Leon, JimmyEat World and many more. All the proceeds were given to the victims of the Paris attacks. During the summer of 2019,Yard Of Blondes came back with a lighter and upbeat single called «Je veux danser tout l’été», their first original bilingual song. The song came along with a remix by French superstar DJ and producer Joachim Garraud (David Bowie, Beyonce, David Guetta). The track is still broadcasted on French National channels (C-Star, France Television, MTV France…). On Nov.1st 2019 Yard Of Blondes released the 1st single off upcoming album « Feed The moon ». The song featured a special guest: Davy Portela (Pleymo); both the song and the video were well received, especially in USA, France and Latin America. « heavy, dark, edgy and reminiscent of the 90’s rock : With its detuned guitars, haunting vocals and thumping rhythm section, Yard Of Blondes « You and I &  I » is the new alternative rock from the land of grunge. » The song was plugged into 74 Spotify playlists in the first month following its release, including editorial playlist « French Noise », FM radios, Sirius XM, and internet radios in USA, UK, Germany, France, Norway, New Zealand and Canada. The song reached #1 of USA College Radios charts on February 1st 2020.