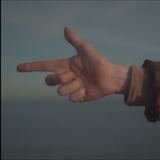 After releasing debut single ‘Oceans’ at the end of 2017 and being featured in Upset Magazine, Alternative Press as one of the 20 bands you need to hear, and being asked by huge supporter Steve Lamacq to introduce themselves with a 60 second CV on his BBC 6 Music show, The Yada Yada Yadas have returned to show their songwriting chops once more in ‘Woke Up Strange’.

This second offering from the band is made of sharp guitars, twisting together harmonically in all their fuzz and distortion, across a landscape of familiarity, forced under a more traditional pop songs skin. It's playful, aggressive, and fuelled with intention. In this latest installment from The Yada Yada Yadas, their US alt-rock influences really shine through, with tones reminiscent of Dinosaur Jr’s J. Mascis, and the playful craftsmanship and lyrical stylings of bands such as Pavement, Yuck, and early Flaming Lips.

An ironic tale of the mundane and boxed in nature of northern life, Woke Up Strange provides an insight into the band on a social level though it’s relatable narrative. Here, The Yada Yada Yadas are more earnest lyrically than in previous offerings, more deliberate, and at times downright heavier musically.

Speaking of the release, the band explain “Woke Up Strange is alternative rock in disguise. Hiding behind it’s unfolding overlapping hooks lay a pool of screaming guitars bathed in fuzz, rising upwards as they’re kissed by the light of the morning sun and born again to lay the foundations of a pop song. Narratively, the track has many insights to offer about the nature of conformity, the ever pesky and elusive ideological ‘Man’, and simple agreed fashion etiquette. Dynamic contrast is a huge part of our sound, and here in Woke Up Strange, this is demonstrated once more as screams dissolve into sweet melodies, and horrendous dissonance builds toward serene resolution.”