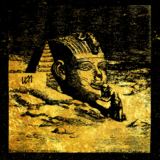 “Westerman’s songwriting takes in the tumult of a whirring mind and turns it into music that has the power to soothe modern anxieties, if not solve them”
Pitchfork Rising

“Sometimes an artist emerges, seemingly out of nowhere, with a piece of new music so perfect that it leaves you wondering”
Stereogum Artist to Watch

“Produced by our old favourite Bullion, it’s one of the best songs of 2018 so far”
Gorilla vs Bear
--


After his early material revealed an ambitious new sound borne on the forward-thinking experimentalism of influences like Nick Drake, David Byrne and Arthur Russell, Westerman’s single ‘Confirmation’ brought his music to new legions of fans with Pitchfork profiling him in their ‘Rising’ column and Best New Music, saying it “captures a promising writer who’s learned how to take good ideas and warp them into stranger, more sublime shapes.” Gorilla Vs Bear placed it at number 10 in their best tracks of the year (so far) feature this June. Following it up with ‘Edison’, an incisive trip into the inner frailties of a narcissist, the consensus is unanimous: his slick leftfield pop leanings and psychological songwriting have made him one of the most hotly tipped artists this year.

New song ‘Easy Money’, the flip side to ‘Edison’, sees Westerman confronting some of his own fixations. He says: “I started out writing a love song, then it sort of morphed into more of a conversation. It's a conversation I had many times over with someone I care about a lot. The subject matter is something I was thinking about too often. I wanted to retain a sense of romance in the music as counterpoint to where lyrics ended up, and I tried to make it so the voice seems float within the music. The characters existing in a state of transience."

Like the writers he admires, Westerman’s music places us in the centre of troubled minds. From the striking early work which revealed a reverential respect for his influences, the ‘Edison’ and ‘Confirmation’ singles, out on vinyl 17th August, are important artistic milestones in the rapid development of his unique blueprint. The vinyl releases will be marked by a launch party at The Glove That Fits on August 16th. The singles continue a string of collaborations with electronic producer Bullion which have help sculpt Westerman’s sound from the voyeured minimalism of before into "a modern sophisti-pop miracle" (Spin). Support has come from Lauren Laverne, Pitchfork (Rising profile), Noisey, Stereogum (Artist To Watch), Gorilla Vs Bear, DIY, Highsnobiety, The Line of Best Fit and Wonderland.

Today Westerman also announces his autumn UK and European tour as well as his first US shows in New York and LA. This summer he is also set to open for Dirty Projectors on their European dates and will play an array of festivals including Latitude, Reeperbahn and Green Man.

‘Easy Money’ is another powerful progression for Westerman. Already proven as a top-drawer new lyricist, he expounds the workings of our inner selves in his bold ethereal sound. With a new EP expected this autumn and an album slated for 2019, Westerman will no doubt be at the forefront of our consciousness as a singular artist removed from the prevailing pop world trends, yet one with the talent to bring the pop world to him on his own terms.

‘Edison’ and ‘Confirmation’ singles will be available on vinyl on the 17th August with a launch party prior at The Glove That Fits on the 16th including Bullion DJing till late.

‘Easy Money’ is out now on Blue Flowers.