TUNE SPINN - Believe It Or Not 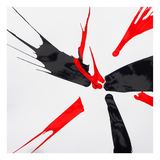 NEW SINGLE - BELIEVE IT OR NOT - OUT 29th MARCH


An open hearted love letter to their home city, SPINN’s new single 'Believe It Or Not' is emblazoned with all the handclaps and harmonies of a bonafide pop banger.


“We wrote this at 6AM in Sean’s bedroom. It’s an ode to Liverpool in all its ragtag glory, a song by Scousers (and one Brummie) for Scousers.” says front-end Johnny Quinn. “We love this city and I’ve literally kissed the floor when we’ve come back from tour. It’s to be listened to on some portable speakers in Sefton Park, maybe round a portable BBQ, definitely with some Strongbow Dark Fruits and you know what, there’s nothing wrong with that.


SPINN spent 2018 selling out their debut UK headline tour, making the first visit to Japan, and clocking up over 3million Spotify plays. If that is the beachhead on the banks of the Mersey, then 2019 is the break out. They begin their European tour in Spain in April, and release their debut album ‘SPINN’ on May 3rd on ModernSky UK .


DEBUT ALBUM 'SPINN' IS OUT 3rd MAY PRE-ORDER HERE


This is the sound of young people who want to love, live and re-connect in a world of digital interference, ill feeling, hard words and the toxic stream of misinformation. 11 tracks that pull friends and lovers close in troubling times, while taking a shot at romance and making a bid for indie-disco stardom.


Johnny explains, “The album is about everything from girls and house parties to toxic masculinity, self-perception and self-analysis regarding my relationships with people in my life. It’s a bit of a mixed bag but I like it so there!”


There are moments of both doubt and defiance ('Notice Me'), disconnection and re-connection ('Is There Something That I Missed?'), holding on and letting go ('July', 'At A Glance').


Destined to break hearts from Huyton to Brighton, SPINN inherit the fine Mersey tradition of poetic shimmering pop. This gift for marrying the cerebral with the seductively catchy, comes to the fore on ‘Sunshine' and ‘Shallow', while the band take on a more buzzing disgruntled form on 'Green Eyes' and 'Keep Dancing'. This is defiant escapism, a mass breakout of youthful hope in the melancholy tones and tradition of true northern guitar pop.


Shows in Spain and France in April, a Sound City showcase and a headline UK wide tour will follow the album release in May. The band have already announced a headline show at Liverpool Academy 1 in December, which is on sale now.

23rd MAY - The Parish, Huddersfield UK

29th MAY - The Louisiana, Bristol UK