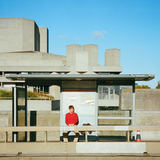 MATT MALTESE shares new single 'queen bee' announces 'madhouse' EP - out 7th August via Nettwerk “one of Britain’s most magical songwriters” - NME “Matt Maltese is one of the UK’s best young songwriters” - The Line Of Best Fit “one of today's most talented young songwriters” - Dork “Smart, affecting and rich in melody, Krystal reveals Maltese to be very much the full ticket.” - Q “one of the most equitable and sincere young artists around” - Gigwise “Maltese is authentic and shows a winning personality throughout” - Loud And Quiet 23 year-old south London artist Matt Maltese has shared his new single ‘queen bee’ and announced details of his upcoming EP, 'madhouse' - due for release on 7 August via new label home, Nettwerk. Preorder / presave madhouse HERE. 'madhouse' follows Matt Maltese’s sophomore album 'Krystal', released in 2019 to widespread critical acclaim. A similarly home-brewed affair to his previous outing, Maltese takes on most of the production duties - with additional contributions coming from Jonathan Rado (Weyes Blood, Whitney, Father John Misty), who produced Maltese’s 2018 debut record 'Bad Contestant', and Ben Baptie (Rex Orange County). ‘queen bee’, like the bulk of 'madhouse', was largely self-produced at home in south London, with features from The Lemon Twigs’ Brian D’Addario on guitar and vocals from Sorry’s Asha Lorenz. Speaking about ‘queen bee’, Maltese said: “It’s a song about the notion of finding ‘true love’, and being doubtful yet persistently and annoyingly hopeful. It’s a song that sort of speaks to your future lover with equal parts cynicism and soppiness.” *** Themes like the banality and loneliness of life have consistently weighed heavy on 23 year old London artist Matt Maltese’s records. Heck, his 2018 debut album 'Bad Contestant' contains a song so impossibly on-the-nose for our present end-of-times situation, the dystopian ‘As The World Caves In’, it could have been written in isolation two weeks ago rather than two years back. In the process of moving our lives online, things have a funny way of coming back around anyway; the song has undergone a major resurgence, ringing true for a new legion of young fans on TikTok where it soundtracks dozens of new videos each day and has contributed to Maltese reaching an audience bigger than ever before on streaming platforms. Right in the nick of time. Maltese’s acclaimed 2019 followup 'Krystal' proved more of a reckoning with the self than its dazzling, witty big brother; a sort of mental stock check and a shedding of old skin, in more subtle ways than simply growing out his immediately recognisable shaved haircut. Returning from a solo tour of the USA in March 2019, and undergoing a split with his then girlfriend, Maltese found his world getting smaller. He needed to hit reset. What followed was months of writing and recording in his south London bedroom, as well as a good deal of, as he puts it, “stewing in the past”. 'Krystal' emerged from that period of quiet contemplation; an album that saw him “daydreaming about and grieving the important people and moments I’ve had in my life, and getting swamped in the details”. Again, feelings that are so far, so very 2020. Fast forward to the tumultuous present day and Maltese has harnessed a common feeling of collective solitude once more. His appropriately-titled new EP 'madhouse' isn’t just a score for the everyday boredoms we encounter, it’s a musing on us human beings’ “ever-hopeful quest for meaning and love.” A more virtuous and lofty aspiration, at least while Tinder’s hookups are out the window for the time being. Maltese has always nailed lonesome provocations with idiosyncratic dry wit but 'madhouse' reckons with those emotions in a way the half British, half Canadian hasn’t yet fully explored until now. “I’ve found that sometimes the majority of the emotional journey of love and life is actually the search for an understanding of it. And these songs try and make peace with all of that, poke fun at it and, ultimately, embrace it.”