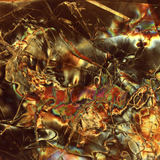 ‘Over ghostly chords and a rhythm that the dead would march to, singer and lyricist Guy Connelly’s falsetto floats like a knife through fog’ - Consequence of Sound ‘[On ‘In Memory’]

‘[Changeling] sees the trio gun for poppier territories, using their atmospheric synths and electronics to create a particularly robust synthpop sound’ - The Line of Best Fit

Prior to release the band have shared their brand new single, ‘Closer’, an explosive, danceable anthem with a driving rhythm reminiscent of an up-tempo Arcade Fire combined with the mania of 'Mirrored'-era Battles.. The subject matter, however, is slightly more melancholic. “Closer is about conflict” explains Connelly, “the paranoia of stress, revealing yourself under pressure, your many faces merging into the one you can't help but show”.

A darker beast than their 2012 debut ‘Ways to Forget,’ the distinctive sound of Clock Opera — the agile alto voices, a sleek and supple rhythm section, immaculate production — is still present, but there's a marked shift in lyrical tone. “A lot of the album is about loss, absence, holes, haunting, questioning identity, to be specific, the majority of the songs were inspired by a miscarriage. A lot of the others were driven by the fallout from it.” Although a darkly cerebral and grief-ridden record in theme, ‘Venn’ is as uplifting as it is sinister and ghostly, menacing and euphoric in equal measure. It’s an album named for “the intersection, the shared part, the hole in the middle."