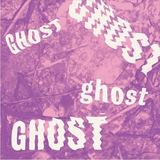 “Wistful psychedelia akin to Animal Collective, there’s a tropical flair to the percussion which lends an infectious air” - CLASH
“Nothing quite sits normally, which is all part of Cairobi’s instant appeal - they sound dfferent from the off, a prospect that’s yet to be encountered” - DIY
“An early contender for this year’s summer soundtrack? Definitely” - HUNGER TV
“The injection of different cultures has resulted in a pop track that demands global attention” - NOISEY
“Floating decentred psychedelic music that feels vaguely tribal” - STEREOGUM
"A moreish vibe to its elements that have led to its elements that have led to multiple listens today already" - THE 405
"Cairobi demonstrate a wordly grasp of pop in all its forms" - THE LINE OF BEST FIT

Arriving after the release of their acclaimed Distant Fire EP, multinational five-piece Cairobi are now readying their electrifying new single ‘Gristly Words’, out 6th July via ascendant London based label Week of Wonders.

Hailing from Austria, Italy, Mexico and France, Cairobi add some punch to their psychedelic sound with ‘Gristly Words’, replacing exotic synths with dissonant guitar lines that crash into place for an emphatic chorus, when lead singer Giorgio Poti’s distinctive vocals slot in between the track’s driving, off-kilter drumwork.

Cairobi caught the nation’s attention when their undeniably catchy single ‘Zoraide’ featured on a huge Christmas advert campaign last year, before bagging a top 30 spot on the ITunes UK Alternative Chart. Formerly known as Vadoinmessico, their debut Distant Fire EP as the reincarnated five-piece went on to receive multiple spins on BBC 6Music, bolstered by support from the likes of Stereogum, Hunger TV, Noisey and Clash amongst others.

Previously garnering recognition for their performances at SXSW, Latitude and New York’s CMJ, Cairobi are now gearing up to play Brighton’s The Great Escape before returning to London for a headline show at Second Home and Hackney’s Field Day.