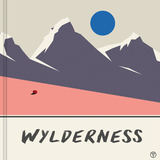 Wylderness are set to release their self titled debut album on March 23rd 2018. Wylderness are highly notable since they already achieved upfront US TV support from stateside sync deals and widespread support from UK national radio including: BBC Radio 6 Music, Radio 1, Radio X and Amazing Radio for their two singles to date, ‘72 & Sunny’ and ‘Peripheral Vision’.

Wylderness are a new band from Cardiff and London. Over the past twelve months they've written their eponymous debut album - recording it with acclaimed indie producer Rory Attwell (Veronica Falls, Telegram, Palma Violets).

Latest single ‘Peripheral Vision’ (T6 on the album) is woozy throbbing and mesmerising shoegaze all neatly rolled into one. Speaking of the track, the band said, “‘Peripheral Vision’ is the icier wintry cousin to our first single ‘72 & Sunny’ (T3 on the album), which we wrote around the same time. We were listening a lot to the latest DIIV album when we made this, so that was a definite influence. The lyrics are about giving yourself some space to enjoy wallowing in a bit of misery, and the idea that it can be a healthy thing to do to make something creative’. Stand-out album tracks slated for further single releases include T5, ‘Sunography’, T7, ‘On A Dais’ and T1, ‘Broadcast’.

Following a licensing deal with Bleed 101 Music in Los Angeles, Wylderness have already gained eight sync deals in the US. Two of these have been for lead single ‘72 & Sunny’ (The Flash and The Fosters), and the remainder for forthcoming album tracks ‘On A Dais’ (Vampire Diaries and Teen Mom), ‘Daisy Street’ and ‘So Preempt' (both Teen Mom) and ‘Broadcast’ and ‘YY AA’ (also Teen Mom). Based on the strength of an early demo, Wylderness have played Swn Festival in Cardiff and have supported acts such as Pinkshinyultrablast and legendary Japanese psychedelic rockers Acid Mothers Temple.