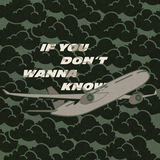 If You Don't Wanna Know

Fake Laugh announces his new album 'Dining Alone' with lead single "If You Don't Wanna Know". Fake Laugh, real name: Kamran Khan follows up recent single 'Novelty Song' with this new offering, beautifully showcasing his songwriting acumen and ability to transfer tenderness - while at the same time having fun with delivery. Fake Laugh will also embark on a U.K. tour in support of indie favourites Gengahr (details below). . On the single, Khan offers the following: "People spend a lot of time worrying about issues of all sorts of shapes and sizes. This song attempts to capture those serene moments when none of your doubts or concerns are anywhere to be seen. I often feel at my most content and carefree when travelling somewhere, so the song is also a bit of an ode to being on the move. Musically, the song has some pretty surprising sounds, but I think elements like the orchestra-hits and classical guitar solos add to the vibe of the song. Was truly having some fun with this one, so I hope other people will too." Fake Laugh first emerged in 2013 as a side-project to Khan’s main band at the time, eventually becoming his primary focus of creativity. Fake Laugh’s self-titled debut full-length arrived in 2017 as the delicate accumulation of years of experimentation. The album is a vivid rummage through the worlds of love, confusion and self-questioning. Khan shed the hazy, bedroom aesthetic of his debut with a quick follow-up in early 2018, 'Better for Me'/'On Loop', a contrasting pair of singles which showcased the broadening and refinement of his songwriting craft. ‘Better for Me’ stood out in particular, celebrating and lamenting loneliness in equal measure. This endeared Fake Laugh to a new, much wider audience and sparked one of the most wholesome YouTube comment sections you’re likely to find. Anticipation for Fake Laugh’s second album grew further last year with the AA-side release, 'Honesty'/'Surrounded' – another welcome dose of Khan’s distinctive, wonky take on the melodious pop song. The first taste of the forthcoming LP came in the shape of 'Novelty Song' a single which Gigwise described as exploring a more "complex realm" in his songwriting approach. Dining Alone sees Khan take a bolder, more adventurous approach to composing an album. Liberated by the absence of a strict tracklist, recording sessions with producer, Louis Milburn, took on a more improvised feel and allowed the pair to stretch out the Fake Laugh sound. The fruits of this process are clear, with the melancholic serenity of interludes ‘Plätze’ and title track, ‘Dining Alone’, blending seamlessly with the carefree jangle powerpop of ‘If You Don’t Wanna Know’ and the languid armchair groove of ‘Exotic Bird’. The album draws from a pool of songs written between 2015 and 2018, whilst Khan split his time between London and Berlin. These tracks exhibit the varied array of writing styles he has accumulated through collaboration and his diverse musical interests. But, Dining Alone doesn’t lose sight of the melodic pop sensibilities that run throughout Fake Laugh’s back catalogue, instead pushing them in rich new directions. The dual existence of having two hometowns is reflected on the record, with the atmospheres of the fast-paced London and the more leisurely Berlin allowed to play off one another and permeate the music in equal measure. This mood is encapsulated best on ‘The Empty Party’ which imagines a party scene with no guests. Khan notes how, “One of the primary aims of a party is for the guests to achieve a sense of freedom through a joyous union. Sometimes though, it’s in our moments of solitude that we feel the most liberated.” The album’s title raises a similar notion, with Khan observing that “The act of dining alone is either awkward and embarrassing or honourable and enjoyable, depending on who you ask.” It is this sense of duality that runs throughout the album, connecting the beautiful assortment of idiosyncratic pop songs that Khan has assembled on Dining Alone. Fake Laugh 'Dining Alone' is out 13th March via State 51 Conspiracy. - UK Dates (all dates w/ Gengahr) Feb 13th | Manchester, UK - Band On The Wall Feb 14th | Sheffield, UK - Brudenell Social Club Feb 16th | Glasgow, UK - King Tuts Feb 17th | Dublin, Ireland - The Sound House Feb 19th | Bristol, UK - The Fleece Feb 20th | Brighton, UK - Patterns Feb 21st | London, UK - EartH