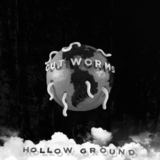 Cut Worms 'Don't Want To Say Good-bye' Impact date: 4th May Label: Jagjaguwar “Clarke’s songs as Cut Worms are filled with homespun charm and vintage patina.” – Pitchfork “a smooth springtime river of a debut EP.” – NPR Music Born with a knack for conjuring fine images and warm sounds with a curious underbelly, Midwestern-bred, New York-based Max Clarke will release Hollow Ground, his debut album as Cut Worms, on 4th May via Jagjaguwar. In conjunction with today’s announcement, Clarke is presenting lead single, “Don’t Want To Say Goodbye” and an accompanying animated lyric video created by John Andrews. Clarke will embark on a North American tour supporting King Tuff on the album’s release date, and this month, he plays SXSW. Cut Worms’ songs crackle with the heat of a love-struck nostalgia: golden threads of storytelling, like visceral memories, woven together with a palpable Everly Brothers’ influence and 50s/60s naiveté. While most of Hollow Ground was written in Clarke’s current home of Brooklyn, a number of songs on the album bloomed from Clarke’s time living in Chicago, including “Like Going Down Sideways” and “Don’t Want To Say Good-Bye.” Both gleam with new life after initially appearing on Cut Worms’ debut “Alien Sunset” EP, released last fall. The record was recorded in Los Angeles at the home studio of Foxygen’s Jonathan Rado, and New York with Jason Finkel at Gary’s Electric. Clarke handled most of the instrumentation throughout, playing the guitar, keyboards, bass, and lap steel. Hollow Ground is imbued with a sharp, self-aware lyricism; Clarke shows an affinity for evocative storytelling, striking the balance between cerebral and simplicity. Sometimes, on Hollow Ground, we find characters impossibly lustful, sometimes brooding, while in other parts they fumble along, hopeful and painfully self-aware. His songwriting both evokes and explores the raw realm of youth, its weightlessness and possibilities, but channels it through the lens of someone more restrained, who’s been through it all before.