TUNE Maggie Rogers - Give A Little 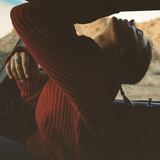 Where From: Easton, Maryland

PR:
Today, Maggie Rogers shared “Give A Little” – a track from her forthcoming debut album. Produced by GRAMMY®-winning producer Greg Kurstin (Adele, Sia, Foo Fighters) and Rogers, the upbeat, effervescent song imagines a fresh beginning for a romance that’s been run aground by darkness and defensiveness. Written by Rogers, it was recorded at Echo Studios in Los Angeles. Stream / download “Give A Little” HERE and look for the official video to premiere in coming weeks.

“Give A Little” follows the acclaimed single “Fallingwater,” which Clash hailed as “a hugely creative return” with Maggie “sounding bigger, bolder than ever before.” Pigeons & Planes named it one of the “Best New Songs of the Month” upon its release in May. Praising her “sumptuous vocals,” Pitchfork said the song “builds on her promise, flowing toward whatever may lie ahead.” Produced by Rostam Batmanglij and Rogers, “Fallingwater” is available to stream / download HERE. The official video, which was filmed at California’s Imperial Sand Dunes, directed by Zia Anger and choreographed by Emma Portner, can be viewed HERE.

Rogers will headline two sold out shows at Koko in London (August 29 + 30) following her performances at Reading and Leeds festival. Please visit https://www.maggierogers.com/live/ for all dates. Rogers recently wrapped up a spring tour with Haim. Her summer 2017 headline run sold out in minutes, including two shows at Brooklyn Steel and Los Angeles’ Teragram Ballroom and Fonda Theatre.

Maggie Rogers is a producer, songwriter and performer from Easton, Maryland. After her education at NYU’s Tisch School of the Arts, she released her breakout single “Alaska” and subsequent critically acclaimed debut EP, Now That The Light Is Fading. “Alaska” has since charted in Spotify's Viral 50 in 40 countries, hit #1 in 23 countries and now has over 100 million global combined streams to date. The BBC, Tidal, Google Play, Vevo, Pandora and numerous publications – including Rolling Stone, NYLON, SPIN, Billboard and more – have tipped her as an artist to watch. NPR named her one of its Favorite Musicians and The New Yorker declares, “Maggie Rogers is an artist of her time.”