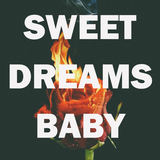 
New headline tour commences at the end of January

“INHEAVEN know their way around a tune. Boasting turbocharge riffs, instant hooks and the striking vocals of guitarist James Taylor and bassist Chloe Little, it is easy to see why Julian Casablancas's label scrambled to spread their gospel in America.” – Q

“Noisy, riotous, anthemic and bristling with excitement, INHEAVEN is an album to rage along with.” **** - DIY

“There’s something special about INHEAVEN. With them leading the way, the new wave of British indie may actually stand a chance.” ***** - Dork

“INHEAVEN are one of the most exciting up-and-coming British bands around, with fans in all the right places, and a debut album full of 5* bangers, they’ve finally arrived.” **** - Upset

It comes after Huw Stephens highlighted the band in his Alternative Tips for 2018 list, and they were also praised by DIY in their Notable First Steps of the Year feature. They hailed INHEAVEN as “torchbearers for a new, vital era of British guitar bands.”

‘Sweet Dreams Baby’ is an anthem for those who are hoping for better things to come in 2018. “Ever wish you were someone else? Every wish you were somewhere else?” begins frontman James Taylor, expressing desires that many will identify with. Subsequently joined on vocal harmonies by Chloe Little, the duo’s lyrics remind people not to lose sight of their aspirations.

Sonically, ‘Sweet Dreams Baby’ echoes a succession of timeless American influences – from the insistent percussion of the great 60s girl groups to Springsteen’s yearning and the widescreen hooks of Kings of Leon. The track was produced by INHEAVEN’s regular collaborator Tom Dalgety (Royal Blood, Pixies, The Amazons).

The accompanying visual for the track is suitably dreamlike. It flickers between an exuberant band performance, sepia-tinged close-ups and intimate shots of Taylor’s vocal delivery.

INHEAVEN followed their debut album with the release of the ‘Acoustic’ EP. It featured their take on Ride’s 1990 shoegaze classic ‘Vapour Trail’ which prompted Vanyaland to comment that it’s “exciting when a new band filters it through their own musical lens.”

After selling-out London’s Scala in the autumn, INHEAVEN return to the road at the end of the month for the following headline dates: