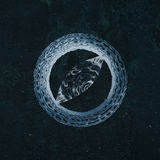 With previous single Malibak marking his first release this year - Joe Turner looks ahead to his second offering, having signed a global deal with LG105 - the newly-formed electronic imprint from Caroline International. 'Crystal Clear' is out on Friday 10th July 2020.

The South-London producer explains “Crystal Clear is about trusting your instincts. I feel that in life we can be scared to commit to gut feelings and intuitions because of how spontaneously they arise. This song was written around the whole ethos that ‘if it feels good, then run with it!’ As producers, we can spend endless hours tweaking and editing minute details and I tried not to get caught up in that cycle for this track.”

Built around a deep, pulsating sequence using the Prophet 08, Crystal Clear is a hard-hitting club track with a sharp, cogent drum beat as it’s foundation and an infectious vocal hook that Turner created from an old recording session with Scottish singer Alex Amor. The track also samples a handful of organic instruments including a tongue drum, marimba, guitars and a handpan, a defining element to Turner’s original music and live show. Joe continues.. “I think it's good to have a balance of natural/unnatural sounds in my music as I come from a musical background where I played guitar and piano years before even touching the key of my first synthesiser.”

Born and raised in Croydon, Joe Turner is quickly establishing himself as one of the most exciting young producers around. His self-released debut single ‘Atmosphere’ (2019) gained the support of tastemakers including BBC Radio 1’s Phil Taggart, BBC 6 Music’s Tom Ravenscroft and BBC 1Xtra’s Jamz Supernova, who was so impressed with Joe’s talents that she signed him to her own record label Future Bounce to release double A side 'Retina / Stay’. The tracks hit #1 on the HypeMachine chart and gained further support from the likes of BBC Radio 1's Annie Mac, BBC 6 Music's Lauren Laverne, i-D's The Best New Music, Eton Messy and wide streaming editorial playlists.

Turner grew up in a house filled with soul music and a dash of nineties electronica. His grandfather, a jazz pianist, was a major influence from whom he’s undoubtedly inherited the musical talent that saw him writing his first song at just eleven years old. Following his teenage years playing in various bands, it has only been in the past eighteen months that Turner turned his attention to writing once again.

'Crystal Clear' is the second single of 2020 for Joe Turner, continuing an impressive run of live performances, DJ sets and well-received releases, including previous single Malibak which premiered via Complex UK and has amassed over 30,000 views to date. You can watch the official video for Malibak HERE. The single also gained a wide range of support from the likes of BBC Introducing in London & BBC Radio 1's Huw Stephens, London In Stereo, Noctis Magazine - as well as inclusion in Spotify's Altar playlist [228K], Apple Music [Loops, New In Electronic] and Durante's Anjunadeep Edition 304 guest mix.

With news of further recordings – a debut EP is imminent – and live dates in the pipeline, 2020 is looking to be a big year for the rising electronic multi-instrumentalist, DJ and producer.