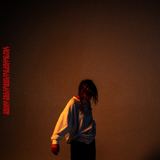 Grand Pax today reveals a new single ‘PWR’, the title track from her forthcoming EP, due for release 26 June via Blue Flowers (Nilufer Yanya, Puma Blue, Westerman). The track is accompanied by a clip directed by Netti Hurley, watch it HERE.

“’PWR’ is like a dream sequence for me,” says Kentish Town-based songwriter Grand Pax. “Its subject matter could easily be melancholy however for some reason it came out in colour, hopeful and sweet. When I hear it, I think of a time when I felt free enough to pursue the things I wanted in the moment.”

The video for ‘PWR’ was directed by London-based photographer and director Netti Hurley, whose work has consistently held a strong element of female empowerment and who is a frequent collaborator of Grand Pax. “Netti is a visionary,” Pax says. “She’s like a translator, only instead of language she works with visuals. It’s not an easy thing to find somebody who actually sees the thing you’re trying to depict, but she does.”

“I was inspired by my teenage years growing up in a small town in Kent - mostly bored, getting fucked up with friends, finding ways to kill the long summers,” Hurley explains. “The intensity of our friendships then – flirtatious, playful and loving - but underneath all the hedonism, each getting to know our own sexuality. When Grand Pax told me about the track being about understanding your feelings for a friend go beyond friendship, I wanted to show the challenges this might pose against the blurred lines of friendship and what friendship as a word even means at this age. Everything was improvised. We put the budget on film stock, rum and a caravan for a couple of nights and basically just went and lived it.”

Just as her music falls into the dusky space between night and day, so too do the stories Grand Pax tells through a synesthetic palette of colours and senses. Sitting alongside the EP’s title track is the introspective ‘Blur’, which explores the need for release through dreamy synths and sweetly melancholic melodies. ‘One of Us,’ the EP’s closing track, paints a hazy picture of the ever-shifting bonds between two people. “Each track has a life of its own, so you learn from it,” Pax says. “And when you put them together, and you get this image of life in a way.”

PWR is Grand Pax’s first release since her 2019 single ‘Bunk’, which was described by Noisey as the “melancholy, nocturnal sound of London,” and garnered radio support from Lauren Laverne, Annie Mac, Huw Stephens, Phil Taggart & Matt Wilkinson. The Goldsmiths-educated artist first shot to ascendance with acclaimed debut single ‘Comet’ in 2018, heralded by Pitchfork as “a soothing anthem for anyone prone to overthinking it.” Her pensive debut EP Phase was released later that year, receiving praise from The FADER, DORK and DIY.

Grand Pax’s “PWR” EP is due for release 26 June via Blue Flowers.