Back to Patsy Reid's Music <
Album 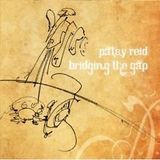 Bridging the Gap was commissioned by Celtic Connections 2008. Composer and fiddler, Patsy Reid, combines her love of traditional and classical music, successfully marrying the two genres in more ways than one. Whilst studying at the Royal Northern College of music she recalls, “I would put on my ‘classical hat’ during the week, and at some point between the commute between Manchester and Friday night’s gig, that hat would be flung aside to reveal the more rebellious ‘traditional hat’.’ Whilst carrying out this transformation on almost a daily basis, Patsy experienced first hand not only the obvious stylistic differences between the two disciplines, but also the sheer contrast in the musicians she was working with. Bridging the Gap sets out to transcend such divisions and whilst the musicians have been specially chosen for their ability to cross these barriers, the composition aims to develop a genuine musical, stylistic and social collaboration between the two genres. Bridging the Gap comprises nine original melodies, each based on one of the seven modern modes of music: Ionian, Dorian, Phrygian, Lydian, Mixolydian, Aeolian and Locrian. Each of these modes has a very distinct flavour, a result of the intervals within the scale from which it is composed. The piano can be used to illustrate the construction and therefore essence of these modes. If you were to play only white notes from C to C’, the outcome would be the Ionian mode, more commonly known as the major scale. Similarly, playing only white notes from D to D’ would result in the Dorian mode. E to E’ will produce the Phrygian, whilst F to F’ the Lydian, G to G’ the Mixolydian, A to A’ the Aeolian or minor scale, and finally B to B’ results in the Locrian mode. To our well-trained Western ears, some of the modes will sound familiar and ‘correct’. The Mixolydian and Dorian modes are particularly Scottish sounding and each contains only one differing interval to those of the Ionian and Aeolian respectively. The Phrygian and Locrian Modes however, will not be familiar to many. Often described as harmonically unstable, the Locrian mode in particular is so far removed from the conventional major and minor scales, it is rarely composed upon. Harmonically, Bridging the Gap is a journey through the modes, aiming to exhibit each as authentically as possible. Structurally, the work takes the form of a violin concerto, with Patsy taking on the role of soloist. Instrumentally, the dominant fiddle is joined by piano, guitar, double bass, percussion and string ensemble.