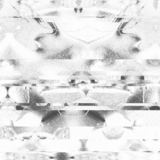 Samaris release ‘Silkidrangar Sessions’ – a companion to last year’s ‘Silkidrangar’ debut, containing re-worked tracks from the original and released a year on - 25th May. Samaris’ next UK show : Tuesday 5th May @ Oslo Hackney, London Combining disparate elements of electronics (Þórður Kári Steinþórsson, aka ‘Doddi’), clarinet (Áslaug Rún Magnúsdóttir) and Jófríður Ákadóttir’s enchanting voice, Samaris mix glacial electronica and bold, percussive beats with haunting chant-like vocals - the lyrics culled from nineteenth century Icelandic poems. Samaris spent a good deal of last year on the road playing festivals like Roskilde, Green Man, Reeperbahn, Longitude, All Tomorrow’s Parties and Airwaves. Performing at different times of day and sometimes playing more unusual arts & gallery spaces, the trio found themselves instinctively tailoring the songs to suit what the environment suggested. So the idea for the ‘Sessions’ album became – as singer Jófríður attests - “To try and capture the moments that happen live when we surprise each other and play around with our parts. I guess the main difference between ‘Silkidrangar’ and the ‘Sessions’ album lies within the rawness and improvisation that the sessions contain and the speediness with which they were recorded - we deliberately went into the studio with only a very loose idea of what we wanted to come out with.” Employing ambient, acoustic and even dub elements, the reworked versions combine the immediacy of live performance with the flexibility of the studio. Recorded over two days in Reykjavík, to facilitate further improvisation, the band invited contributions from local musician friends with diverse backgrounds who added tabla drums, cello, saxophone and modular synth. “Before recording we'd play them the song once, loosely describe the arrangement and then hit record,” says Jófríður. “The unexpected element, the session player, who has never heard the song and has a completely different feel for it, added that extra thing it needed to make it fresh & unique. We allowed ourselves to play them for as long as needed so a song that used to be 3 minutes is perhaps now 7 or 8.” Within months of forming as teenagers in Reykjavik in 2011, Samaris had won both the Icelandic Músíktilraunir and Kraumur Award. With the release of their two Icelandic EPs as the eponymous, ‘Samaris’ in summer 2013 came expanded horizons. “We want people to experience something they haven’t experienced before,” they told a curious Dazed & Confused and once last year’s ‘Silkidrangar’ – their debut LP proper – had dropped, the original aspiration of “just wearing funny costumes and thinking maybe we could get a gig in a bar in Reykjavik” seemed distant as Samaris moved into the international scene.