TUNE XamVolo - Sins Of A Soldier 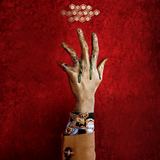 XAMVOLO RELEASES VIDEO FOR SINGLE ‘SINS OF A SOLDIER’

NEWS PROVIDED BY STOKED PR
“Formidable rising master of neo-soul” (Quietus)
“Combines an old school vibe with some new school production” (Dummy)
“So good! For all those pinning for Frank Ocean this will fill the void” (Annie Mac)
“Truly one of the most unique artists around at the moment” (Wonderland)
“A man of many talents… his music contains a careful sense of construction, a rare coherency that supplies enormous strength” (Clash)

"I'll be holed up till it's over / Got this cold stuff in my holster … " goes the crooned refrain of the chorus, told from the perspective of a nuclear warhead. "But if I hit the button now, only I know how it ends."

Co-produced by Xam alongside heavyweight producers Paul Phamous and A.V (Frank Ocean), the single builds on the foundations of the 23-year-old honorary Liverpudlian's critically acclaimed EP’s ‘Chirality’ & ‘A Damn Fine Spectacle’ plus widely adored tracks ‘Old Soul’ & ‘Lose Love’ which will appear on debut album 'All The Sweetness on The Surface' released 18th January 2019.

Channelling an eclectic mix of old-school soul and jazz, while radiating a chilled, contemporary electronic vibe, Xam has been hailed as "the future" by long-time fan MistaJam, and credited by DJ, label-owner and broadcaster Gilles Peterson with making a whole genre relevant again. "Jazz, but not like anything you have heard before," he says. Plucky strings, warm synth stabs and a lazy beat meld beautifully with Xam’s commanding, distinctive vocals.

Wise beyond his years, XamVolo is a true artist, overseeing every element of the music he describes as “a messy mind over raw, dark jazz grooves”. He’s been compared to the likes of Leon Bridges, Frank Ocean and Anderson Paak, while carving out a niche of his own as the rising star of UK neo-soul. Championed by a wealth of tastemakers – from Annie Mac and Huw Stephens through to The 405 and COLORS (to name a few) he has also picked up plays across 1Xtra, Beats 1, 6 Music and BBC Radio 2.

Having spent his summer dividing his time between playing at numerous festivals and toiling in the studio, the former architecture student is currently readying his debut album, All Sweetness On the Surface, for release via Universal in 2019.

STREAM SINS OF A SOLDIER ACROSS ALL PLATFORMS HERE:
https://decca.lnk.to/XVSinsSo