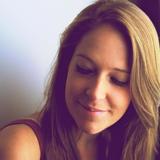 About ‘A Better Man’
With Martha’s pacific acoustic picking and radiant gliding vocal to the fore, ‘A Better Man’ is an enchanting composition of mellow orchestral folk. Completed by warm components of electric piano, bass, a string section and a rolling yet respectful tom-tom pulse, it conveys both the classic English harmony of retro-roots torchbearers The Unthanks and the ambient indie stylings of This Is The Kit. “What does it take to be a better man?” wonders Martha in a breathy, beautiful hook, reflecting on the contradictory, confusing nature of the information overload surrounding self-improvement, before reaching a sage conclusion in the final chorus:
“A little dignity, and a willing hand/Now that’s the start/Of a better man”.
The accompanying video showcases the song being performed live in a studio setting, an atmospheric document of, and tribute to, the skill and the zeal of all the players involved.

About Martha Bean
On her acclaimed debut album, ‘When Shadows Return To The Sea’, released earlier this year, Martha Bean not only wrote and bathed all of the tracks in her haunting, ethereal falsetto, she also played guitar, piano, double bass, banjo and clarinet, as well as orchestrating the string arrangements throughout. It’s perhaps not surprising, then, that this Leicester-based polymath – whose aforementioned LP drew her comparisons to the likes of Lisa Hannigan, Fiona Apple and Norah Jones – began her musical education early, at the age of three, when her parents got her started on piano. This immersion into sound led Martha to pick up the guitar as a teenager and then study music composition at Dartington College of Arts in Devon. From this creative resume came a broad church of inspirations, from alt-folk maestroes such as Nick Drake and Fionn Regan to fellow boundary-breakers Radiohead and Claude Debussy. Martha’s sonic template has been further expanded by support slots and festival appearances alongside the likes of Marika Hackman, Seth Lakeman, Bombay Bicycle Club and Bon Iver, while she’s even been heard on primetime TV: her songs have featured on trailers for EastEnders and Midsomer Murders, as well as in several advertising campaigns. It’s indicative of the crossover appeal of Martha Bean, for what’s not to like about intense, sincere songcraft, authoritatively composed and passionately performed?