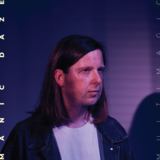 Manic Daze, the title track from Multimagic's debut album, encapsulates every theme from the album including loss, yearning, hope and redemption. In 2017, singer-songwriter Coran Stetter was preparing to release his highly anticipated debut album as Multimagic when he suffered a misdiagnosis that led to a manic episode. When he awoke from his daze, he found himself without a band, having lost his closest friends and collaborators as well as any momentum Multimagic had gained prior to his mania.

Stetter spent the next 2 years rebuilding relationships, fostering new ones and recording what would now become his debut, Manic Daze. Through all of it, Stetter's partner stood by his side and supported him, even to the potential detriment of her own mental health and anxiety. At his lowest point, after losing his band and best friends, Stetter attempted to write a song about his stay in the hospital, and the aftermath that followed. He intended to thank his partner for being there for him when he needed her most. His attempt to write about her anxiety invariably led to a whirlwind of emotion about both of their battles with mental illness.

At the same time, Stetter had formed his new lineup for Multimagic and began budding friendships with guitarist James Ruehlman, drummer Evan Brown, bassist Anthony Maley and vocalist / keyboardist Meg Kecskes. Each member brought their own history of anxiety, depression and mental illness into the fold and found Multimagic to be a collective source for healing. The newfound collaboration resulted in Manic Daze, a sobering anthem from the dual perspectives of a couple dealing with their own mental illness, insecurities, doubts, and belief in each other / reality as well as a new band coming together to heal themselves through the power of music and camaraderie. "I hate the way I feel / Even though I know it's not real" Kecskes harmonizes with Stetter, "Even though I know it's not real / It's still the way my mind makes me feel" as the backing vocal trails off into a hopeful chorus "This Daze will pass."