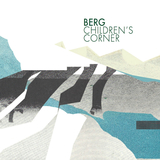 Described as 'mind-blowing' (Culture NYC) and as 'distilling musical energies into chamber works of art' (David Pearl, Telavivian), the post-rock electronica trio, BERG has received a great amount of local as well as international attention due to their complex sound world and their tight performances.

BERG's band leader, Izzy has been granted many national and international awards as a composer including the Nathan C. Davis Prize, Gretud Krauss Composition Prize, and grants from the Consulate General of Israel, and the American Israeli Cultural Foundation. He scored music for films that have been screened in many major film festivals around the world including Cannes, ASPEN, and TIFF.

Other than being BERG's trumpet and Laptop player, Sam Nester has received international acclaim. He has won the Australian-American Fulbright Scholarship, and has received artist grants from the Dame Joan Sutherland fund, PPCA, Ian Potter Cultural Trust and Australia Council, as well as the Brian Boak developing artist award.

When Joe Peri (drums) is not bust rehearsing with Berg, he is busy performing intensely with a verity of Jazz and experimental ensembles in NY, and has toured North america and Europe with various jazz groups.

Izzy and Sam worked together intensely for some 7 months in 2011-2012 on an opera Izzy wrote Called Ondine which was premiered in the Borden Auditorium in NYC. Sam nester (trumpet) conducted the premier,
and this was the beginning of BERG's musical relationship. BERG have since been adding their brand of musical beauty to the world to express something that words cannot. As a writer, other than being influenced by music, Izzy is very much inspired by poetry and literature - Paul Celan, Rilke, Dylan Thomas, Marcel Proust and James Joyce.