Back to Gizmo Varillas's Music <
Single 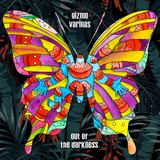 Out of the Darkness

With the summer of 2019 finally shining its way through the nations windows, the time is perfect for Gizmo Varillas to announce his return with the release of his new single Out Of The Darkness.  A Peter Gabriel-esque meeting of addictive rhythms and sun-kissed harmonies, Out Of The Darkness is the first track to be taken from his forthcoming third album.   Having swapped his home studio (where his first 2 albums were both created) for the legendary RAK Studios in London, Gizmo explains that "Out Of The Darkness was one of the first songs I wrote for the album which set the tone and theme for the rest of songs that followed. The writing process was cathartic to me, as this was a difficult year in many ways. The title track and album subtly deals with issues like depression, anxiety, stress and mental health. Each song on the album depicts different shades of darkness and finds light therein. Ultimately it’s an album of hope and making it to the other side. It’s about transformation, from dark into light”. Having tested new material during recent appearances at Zermatt Unplugged in Switzerland, and with Seu Jorge at the Eventim Apollo and Zaz at Shepherd’s Bush Empire, Gizmo Vanillas will announce further dates shortly.   Previous albums ‘Dreaming Of Better Days’ (2018) and ‘El Dorado’ (2017) have seen Gizmo amass huge acclaim.  Featured on a number of Netflix shows and on the latest EA Sports Fifa 2019, fans have streamed his music more than 12 million times on Spotify (with 275,000 monthly listeners &amp; 700,000 monthly streams), his music has received similar big love from radio stations, with plays on BBC 6 Music (Lauren Laverne, Chris Hawkins, Tom Robinson, Radcliffe & Maconie), Amazing Radio, BBC London (Jo Good, Gary Crawley, Robert Elms), and BBC Radio Wales (Janice Long, Adam Walton).