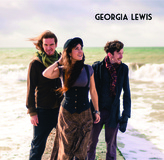 Accordion to Peggy Seeger, this classic Appalachian love song takes the view, which is unusual in American love songs, that love is both sorrowful and dangerous.

I first hear Muireann Nic Amhlaoibh sing her version, which has a tune very similar to that of ‘Silver Dagger’. It was the tune that struck me first, but upon listening closely the sorrowful lament hit home with a profound feeling of emotion and nostalgia.

C.Sharp printed 18 versions of this beautiful song [in English Folk Songs from the Southern Appalachians], including a version from one of his best sources, Mrs. Jane Gentry of Hot Springs, North Carolina. Compare Pete's very free interpretation with sister Peggy's more rhythmic performance.

It has been recorded under either of its two title variations by numerous artists, including The Carter Family, Pete Seeger, Joan Baez, Odetta, Peter, Paul and Mary, Makem and Clancy, Emmylou Harris, Larry Wilder, Bob Dylan, Dave Van Ronk, The Rankin Family, The Country Gentlemen, and Dolly Parton.