Back to Fold's Music <
Album 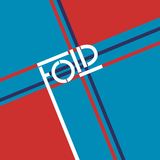 There are some essential truths about the world that are not taught in schools. These are truths that we piece together from fragments as we move through life. These are truths that need bringing to light in order for us to collectively overcome obstacles. On their debut LP experimental Leeds quartet Fold have assembled a ten track narrative that aims to reflect on some of these essential truths. In a vein similar to Public Enemy, and more recently Public Service Broadcasting (a band that Fold have remixed & twice supported), Fold carefully weave both the natural spoken rhythms and eloquence of many voices past and present into a unique tapestry of hip hop, funk, jazz, and psychedelic rock threads. Though the compositions are informed by the innovations of hip hop, in keeping with the spirit of unity among their live grooving forebears Fold strive to have as many sounds as possible are played by real people using live instruments. These include not only the classic backline but also cameos from flute, vibraphone, nylon string guitar and various percussion instruments. Appearing on half of the tracks Leeds based Emma Johnson’s heavyweight jazz / funk horn section lifts it right back to the early 1970s. The band also steadfastly abstain from using click tracks or pre-sequenced material. The recordings – even those using samples – have all been created by playing live in the studio. ====================================== All tracks written, arranged, performed, produced & mixed by Fold with additional contributions as listed below. Fold are Seth Mowshowitz (keys, guitar & vibraphone), Kane Rattray (drums), Ben Walsh (bass) & Josh Gardziel (guitar). Vocals on track 2 written & performed by Mr Gee. Vocals on track 6 written & performed by 6% poet. Vocals on track 7 written & performed by Kurt Vonnegut. Speeches on track 1 by John Lennon & John F Kennedy (in order of appearance). Speech on track 3 by el-Hajj Malik el-Shabazz. Speech on track 4 by Jimmy Carter. Speech on track 5 by Lena Horne. Speeches on track 8 by Michael C Ruppert, Jimmy Carter & Dr Martin Luther King, Jr (in order of appearance). Speech on track 9 by Bruce Lee. Speech on track 10 by Fannie Lou Hamer. Brass arrangements on tracks 2, 5, 6, 7 & 9 by Emma Johnson. Brass on tracks 2, 5, 6, & 7 performed by Emma Johnson (tenor & baritone saxophone), Edward Ody (trumpet & flugelhorn) & Tom Smith (trombone). Brass on track 9 performed by Emma Johnson (tenor saxophone), Ciaran Diston (trumpet) & Peter Johnson (trombone). Tracks 1, 2, 4, 5, 6, 7, 9 & 10 recorded, engineered & co-produced by Ed Heaton at Eiger Studios, Leeds. Tracks 3 & 8 recorded, engineered & co-produced by Matt Worsley at Luck Lane Studios, Huddersfield. Mastered by Erik Aldrey (www.erikaldrey.com) ℗ & © Seth Mowshowitz / Fold, 2015 FOLDFM106