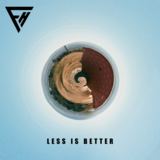 The second single off of Less is Better.

After just releasing their highly anticipated EP, ‘Less Is Better,’ London-based False Heads continue their relentless surge of post-punk madness with a second single. In recent weeks their tracks have been played out by some of the most respected names in the business, including Huw Stephens, Steve Lamacq, Iggy Pop and Frank Skinner, not to mention continuous spins on the likes of Radio X, RTE, Amazing Radio, BBC Introducing and Kerrang! Next up to step into the limelight is ‘Help Yourself,’ a track that steps in the shoes of its predecessor ‘Yellow,’ with bulky, anthemic choruses, monster riffs and energy overflowing from start to finish.
It’s been a busy few weeks for False Heads, they’re coming to the end of the UK stint of their tour – 20 dates dotted around the country, several of which have sold-out, with their physical EP release party at Dingwalls, London right around the corner. Next up they’re heading into Europe for dates in Amsterdam, Paris and Hamburg, all of which come around the time of ‘Help Yourself’s release.
Offering out another taste of the EP, ‘Help Yourself’ lives up to all expectations with its incredibly beefy guitars, slunk-down grungy verses and anthemic, hands-in-the-air choruses. False Heads have the unique ability to take your head off with explosive, growling force one minute, then return to beautifully harmonious melodies the next. The impact between verse and chorus adds a level of euphoria that implores you to sing along with the additive vocal hook, one that stays in your head for days on end.
It’s easy to see why they’re turning the heads and pricking the ears of some if the industry’s heavyweights – Rodney Bingenheimer and Iggy Pop don’t shy away from their support towards the group, not to mention Danny Fields (ex-Ramones manager) who claims they are “one of the best live bands in the world.” Not only do they take their own tour by storm, they’ve also shared the stage with Queens of the Stone Age, David Byrne, Band of Skulls, Frank Turner and The Libertines on their Tiddly Om Pom Pom tour last year.
This is a band that are seriously going places at the minute and you should join them along the way. Strap in though, it’s going to be a hell of a ride.

A selection of ‘Less Is Better’ comments and support:
“What a racket, that’s just how we love to start Sunday nights” – Huw Stephens, BBC Radio 1
“This is absolutely fantastic” – John Kennedy, Radio X
“Great song, rocking drums – that’s an 8.5 out of 10” – Iggy Pop BBC 6Music
“Scuzzy and doomy noise pop that causes a ruckus live.” – Narc Magazine
“Outrageous post-punk” – It’s All Indie
“ripping apart convention and clichés by tearing their tracks to shreds and rebuilding them into something enigmatically bold and hedonistic” – Indie Underground
“Less Is Better is a gritting force of raw energy, frenzied guitar, tumultuous drums and bass lines that are borderline seductive.” – Gigslutz
“They stand out against the current musical climate filled with four chord pop sequences and sugary sweet lyrics; if Iggy Pop likes them so will you.” – Denim & Leather