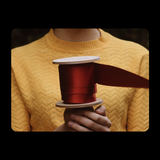 “El Último Segundo” is one of the most luminous songs from NELEONARD’s second album, “Un Lugar Imaginado”. An exhibit of soul pop, with touches of funk and electro-pop that ranges between BELLE & SEBASTIAN and TAHITI 80, and which brings us back to that marvelous album thanks to this Digital Single that includes the gift of three previously unreleased songs that enrich the group from Barcelona’s state of inspiration. Francesca Catalá has prepared a delicious video, which is set up as a conversation between two teenagers that meet up to talk about their relationship, their love. This all takes place in the Laberint d'Horta Park in Barcelona. Because this garden was created based on mythological stories related to love. There we find the labyrinth of Ariadne and Theseus, the fountain of the nymph Egeria, the cave of Echo, a sculpture of Eros and another of Narcissus. “¿Dónde Están Los Niños?” is another of those trademark three-four time songs, with that personal touch that Spanish guitars and castanets add, and those lyrics full of pleasant irony, shared by Nele and Laura. “Lo Que Ya Has Perdido” is a mid-tempo full of sadness and melancholy, a reflection of lonely, empty nights, an anthem to great losers. Listen to “No debes temer, no debes temer / Lo que ya has perdido” (Don’t be afraid, don’t be afraid / Of what you have already lost) and tremble. “Pascal” smoothes the rough edges with a song that is delicately swing and that plays with Nele’s bouncy phrasing, with a luminous trumpet and that unforgettable chorus that prays: “Solo estás mejor / Estás mucho mejor” (You are better alone / You are much better). Three fantastic songs. Three gifts that together with the wonder that is “El Último Segundo” confirm an absolutely delectable release, and that once again make us aware of how inimitable this group and its lyrics are.