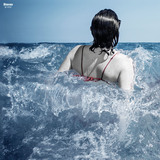 NEW ADVENTURES IN POP 035 Here at Elefant Records we really believe in NELEONARD. We believe in Nele’s lyrics, in their clear ideas about making POP songs: big, full of detail, with the goal of getting you hooked on the first listen, and not at all hesitant to talk about LOVE and the disappointments of relationships, whatever kind they may be. And that’s exactly why NELEONARD’s record label debut is going to be the first 10” in the catalogue of our collection for new artists, New Adventures In Pop. It’s a collection of songs capable of incorporating everything from the wide range of sounds of LA BIEN QUERIDA, to the lyrical sensitivity of Ana Fernández-Villaverde, the delicacy of a young LE MANS, the emotion of BELLE AND SEBASTIAN, an instrumental classicism close to bands like THE DIVINE COMEDY, FELT’s delicate guitars, or the memory of Spanish folk-pop groups from the 70s like José y Manuel, SOLERA, PICNIC and NUEVOS HORIZONTES. Since their personal project was born in 2012, Nele have been adding people to the group to really give these songs everything they needed: Laura Alonso, Elena Comas, Guille Rodríguez, Eloy Bernal and Pedro Señalada, who come from bands like GÚDAR, LOS PROBETA, DIE KATAPULT, GABRIEL Y VENCERÁS and HIBERNALES. And step by step, the moment has finally arrived to get into the Caballo Grande Studios, with the production work of Cristian Pallejà (NISEI, FRED I SON) and Ferran Resines (BLUEBERRY HILL). The result of this work is six magnificent songs. The universal pop of “Podemos” is agile, exciting, lyrical, and addictive all at the same time, with lyrics that mix melodrama with hope, and irony with sincerity. It’s an anthem, 100%. “Por Pequeño Que Seas” inherits its melodies from LA BUENA VIDA and its inspiration from CORAZÓN’s and NOSOTRÄSH’s lyrics, oozing tons of bitterness but without ever stooping to the easy option. “Agosto” introduces Mediterranean details and flamenco touches that remind us of LA BIEN QUERIDA, with a sunny song of summery reminiscing. “Capital” opens the B Side with more superb instrumentation, full of emotion and lyricism, to talk about time and distance. “Solo Por Un Momento” begins with echoes of Leonard Cohen and ends up, once again, somewhere between flamenco and folk sounds. Marvelous. And to wrap things up and leave us starving for more of what they’ve got, a bitter, acerbic song that burns you up on the inside. “Cómo Es” talks about those frustrations that can arise with a feeling as supposedly pure as love, and all the pain it can cause. Again, they are able to alternate elegance and tension, the dreaminess in the arrangements and the pop spirit that lies in all of these songs; songs which must turn NELEONARD automatically into one of the most celebrated realities in the new Spanish music scene. We are serving the appetizer and waiting for the guests to arrive.