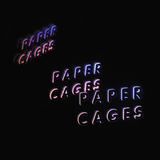 We are delighted to bring you the new Franz Ferdinand single ‘Paper Cages’, off their Top10 album ‘Always Ascending’. The single impact date is the 7th September on Domino Records.

Forget everything you think you know about Franz Ferdinand. Always Ascending is nothing short of a rebirth. The album’s ten songs are a triumphant recasting of one of our favourite groups, bursting with fresh ideas and vigorous sonic experimentation.

“We wanted this to sound like nothing we made before,” said the band and after listening to the first moments of the title track it’s obvious that’s what they’ve accomplished.

There have been substitutions, but the team is playing stronger than ever. In case you missed the announcement last year, Nick McCarthy (guitar) left to raise his family and Julian Corrie, a much-loved figure in the Glasgow music scene, joined core members Alex Kapranos, Bob Hardy and Paul Thomson.

With reclusive producer Philippe Zdar (Cassius, Phoenix, Beastie Boys), FF have taken a knife to their old canvas, creating an album that is so foreign in its familiarity it could only be current.

“Philippe is someone we’d wanted to work with for a long time.” said Alex “Last time we spoke, he was recording the Beastie Boys. I asked Laurence (Bell, Domino boss) and Cerne (Cannning, manager/svengali) to put us in touch and they said ‘Oh, he’s a bit of an enigma. No-one can trace him. Maybe he’s in Ibiza. Maybe Paris. We don’t know.’ Then I remembered I still had his number, so I texted him and said ‘I’ve always thought we could make a truly great LP together’ and he replied straight back and said ‘Yes! Let’s do it!’”

“We loved working with Philippe. He understands that what is essential is the emotion: the emotion that inspired the song and the emotion that the song inspires in you on hearing it. It’s all that matters. Everything comes from that: the sound, performance, tempo, instrumentation, how far you stand from the mic… everything.”

The LP was mixed at Philippe’s Motorbass studio in Paris, recorded in a couple of weeks at RAK and written over the preceding year somewhere in the west of Scotland.

“We all lived in the one place together. Us and the dog. It’s remote and that’s what we needed. We weren’t just writing an LP. We were creating a band. A sound. A universe. We started from zero: no expectations. It was liberating. From zero, we created this new universe to inhabit: nebulous at first, gradually taking form, until it felt like it had always existed.”

Other characters appear in this story. Dino Bardot (the greatest rockstar Glasgow ever produced) has joined the line-up since they started touring again and Sam Potter, late of Late Of The Pier, hung out with the band in the early stages of the LP.

“Sam’s an inspiring guy. We had great conversations. He knows how to take an idea and break it so you can see the better idea hidden within it.”

“We talked about the purity and naivety our earliest psychedelic experiences: when you imagined what drugs might do to your mind, before there was an opportunity to let them. How the imagined experience is way more powerful than anything actually triggered by a drug could be. Wouldn’t it be glorious to make music that made you feel like that?”

When asked what influences shaped the record, Hardy says “I don’t think we need to mention any,” while Thomson exclaims “Can't really think of any other than Tarka Daal and McEwans Export.” Kapranos does mention re-discovering Greek composer Yiannis Markopoulos’s interpretations of Cretan music on the Rizitika LP:

“Repetitive, trance-inducing, dynamic: my first extra-sensory experiences were from listening to this, before I could walk.”

“Listening to it again, I realized how it was always there. I don’t mean just in my period of experience, but for millennia. It’s ancient music you can trace back to the earliest of human experiences. We have always done this, but there is always a new way of making it. Markopoulos made it new in 1971. We made it new in 2017. The effect has always been the same. We are looking for something that allows us to ascend. To become lighter than our physical presence. To ascend from the emotion of every day. To ascend from what we understand. To ascend and know why we are ascending. To not know why we want to ascend. To be always ascending.”

Armed with this musical mission, the band put purpose to paper. Conceiving a songbook full of tightly scripted screeds and musical paradoxes, brought to vivid life through a confluence of the band’s gift for propulsive, melody-driven musicality and Zdar’s production dexterity.

“So many nights, I couldn't sleep because there were too many ideas flooding each other. Kapranos recalls “I felt like a decapitated gorgon, growing two heads where there had been one. That's why it was so great to work with Julian, Philippe and Sam. Each an extra head to the gorgon. An extra mind. An extra set of snakes spitting venom.”

These ambitious visions can be heard throughout Always Ascending: from the title track’s Penrose Stairs aural illusion constantly rising chord progression, to the “Trap Sabbath via Slackers” of 'Huck and Jim'; the barely-glimpsed backstory that could have been from a William Trevor story in ‘Lois Lane’, to the Tehching Hsieh-inspired 'Paper Cages', the five to the floor odd-count dance beat of ‘Lazy Boy’, to the heartbreaking ‘Slow Don’t Kill Me Slow’.

For all its philosophical conceits, however, it is a visceral experience. It’s intended to hit you in the heart before the brain. These are the sounds of the Parisian night, the exhilaration of an Italian car racing down the autobahn; a feeling of euphoria so pure it could only exist on a knife’s edge, occasionally gliding into euphoric heartcreak.

They wanted this record to sound like no other you’ve heard, never mind any other Franz Ferdinand record. Here it is. Stick it on. Think “What the fuck is that… I LOVE it!”