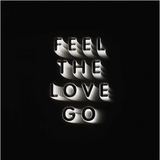 Franz Ferdinand have announced details of the release of ‘Feel The Love Go’, the latest track to be taken from Always Ascending, their forthcoming album which is being released by Domino on Friday the 9th of February.
The track is accompanied by a stunning video by acclaimed director Diane Martel (www.diane-martel.com). The video, shot while the band were in Los Angeles on their recent US tour, has the feel of a public access TV religious show and sees Alex cast as an unhinged evangelical preacher.
Talking about the video Diane said:
I’m excited to work with Franz for the third time! They are close friends and steller artists. I think this is their best album to date. Each song could be a single, it’s expansive musically, wonderfully produced and the lyrics are brilliant as usual. This new incarnation of the band is perfection!

Always Ascending is the band’s fifth album and was recorded at RAK Studios, London and Motorbass in Paris, with the help of French producer extraordinaire Philippe Zdar (Cassius, Phoenix, The Beastie Boys). Nothing short of a rebirth, the album’s 10 songs are a triumphant recasting of the group, bursting with fresh ideas and vigorous sonic experimentation.

Always Ascending is available to pre-order via iTunes and all DSPs now and will be available on CD, vinyl and ltd edition cassette via DomMart, with a special DomMart edition, featuring marbled blue and white vinyl, with a signed print and tote bag.
The band are also set to make two in-store appearances on the day of album release, 9th February, in Glasgow and Edinburgh.
The Edinburgh in-store is at FOPP at 1pm where they will be signing albums and the Glasgow one at HMV at 5pm where they will be signing and performing live. Access to both in-stores will be restricted to customers purchasing the albums in FOPP or HMV on Friday 9th February and are subject to availability – full details of the Scottish instores can be found HERE. The Scottish in-stores follow the recent announcement of a ‘Banquet New Slang’ show at the Kingston Hippodrome on the eve of the album, February 8th. Tickets for the matinee show at 6pm (the evening show is now SOLD OUT) for the Kingston Hippodrome show are available HERE

Finally, having launched Always Ascending with a live streamed launch event at Paris’s Point Ephémère, which was broadcast on the Franz Ferdinand Facebook page and more recently completed a short tour of the US in early December the band return to the UK in February for a tour which includes a show at London’s 02 Brixton Academy on Saturday the 24th of February. The band will be joined on the UK leg of the tour by Albert Hammond Jr.

Tickets for all shows in Ireland, UK and Europe are available to purchase now. More information can be found on the band’s website: http://franzferdinand.com