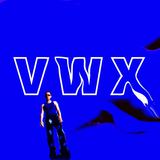 APOLLO HILL is the moniker of Orange County (California) based 25 yr-old R&B/Alternative artist and producer Paolo Ombao. Having lived in 5 cities in the span of a decade, APOLLO HILL'S sound is an amalgam of influences cultivated from America's East Coast to Midwest to West Coast, ultimately blurring the boundaries between R&B and alt/rock. An outlet to tackle his experiences with isolation, racial prejudice stemming from his Filipino heritage, anxiety, relationships, paranoia and more, music has become something much more significant for APOLLO HILL. With a stutter that has often made communication difficult, music is APOLLO HILL'S sanctuary, a place where he has always found a way to connect with others.

APOLLO HILL'S work has been featured by the likes of The FADER, 2DOPEBOYZ, Hip Hop Wired, This Song Is Sick, R&B Nation, Elevator, and more and his songs have received support on Spotify's coveted New Music Friday, Tear Drop, Mellow Bars, and Fresh Finds playlists among many more.

"APOLLO HILL'S aesthetic also links to the emo rap sounds of Peep, Post and Jaden. This is sad-kid style, arching out to envelop the universe but lonely as fuck and overripe as a recent bruise. We hear the pain in his voice, which, although caught in the haze, aspires to clarity...A many-colored, polyurethane-coated collection of songs, as deeply interested in and disturbed by the outside world...Entirely capable of disintegrating genre and experience boundaries." – Spectrum Culture