TUNE Skinny Pelembe - I'll Be On Your Mind 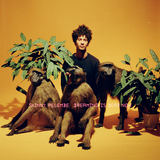 On debut album “Dreaming Is Dead Now”, multi-talented wonder Skinny Pelembe meditates on grief, heartache, stunted aspirations and fresh possibilities in post-recession Britain. A patchwork of personal and musical touchstones, the Johannesburg-born, Doncaster-raised artist weaves together memories and observations, sun-dazzled California folk diced with the murkier corners of the UK dance lineage. It’s an exaltation of flawed, multi-faceted Britain, its imperfections and contradictions held up to be seen and celebrated.

Since releasing his debut single in 2017, Skinny has been tipped by The Observer, The Quietus and Huck. Singles “I Just Wanna Be Your Prisoner” and “Spit / Swallow” were both picked for BBC 6 Music’s A-List. He’s guested with Lauren Laverne, Mary Ann Hobbes and Tom Ravenscroft on 6 Music, with Jamz Supernova on BBC 1xtra, and recorded live sessions for The Vinyl Factory and Worldwide FM. He sold out a headline UK tour last year, was booked for 6 Music’s 2018 showcase at The Great Escape, and has supported Nightmares on Wax and Maribou State.

His music has spurred new connections and garnered him attention from artists he’s long admired, such as legendary producer and label boss James Lavelle (Mo’Wax), who tapped him up earlier this year to open for UNKLE at Royal Festival Hall. The album is co-produced by Malcolm Catto (The Heliocentrics), and the producer’s connection to the LA hip-hop world saw Skinny's musical hero and iconic beatmaker Madlib drop by the studio during sessions for the record, while on the single “Dreaming Is Dead Now”, Skinny worked with a duo of foundational drum & bass producers – working under the covert alias of The Bleeding Edge – who he’s long looked up to. “When you have all these people that you hold in such high regard wanting to talk to you,” he says, “you're kind of like, ‘Yeah, maybe I can add something to the conversation."

Many of the songs on this record have germinated through a decade-long process, a reckoning with the family, grief and romantic turning points during that period. Tracks mark key points during that period: ‘Laxmi Flying’, it's title a nod to his niece, was penned the day she was born; ‘Blood Relations’ the year his father passed away; and ‘No Blacks, No Dogs, No Irish’ the day he moved to London. Many of his lyrics are directly drawn from a nightly dream journal, where he notes down his dreams as they happened, transplanting them into new contexts in his songs.

The album artwork nods to two of his favourite albums, Alice Coltrane’s “Journey to Satchidananda” and The White Stripes’ “White Blood Cells”, a pair of references that speaks to the diverse palette of influences which have always influenced him. Bright stitches of colour are threaded through dark-hued, heavyweight material, luminous guitar riffs slicing through tough, tight-programmed drum beats, washed over with feedback and layers of reverb.

Nodding to My Bloody Valentine as much as IG Culture, these different markers are melded into something altogether new, an approach that was aided by Catto, who always insisted that any individual element – like a Rhodes or an 808 kick – should be made to sound unrecognisable. “He comes from that hip-hop world. He's worked with J-Rocc, DJ Shadow, everyone,” Skinny says. “It's just that thing of not biting: you can't bite, you can't copy anyone else's style, it's my only rule.” “Dreaming Is Dead Now” is a rare kind of debut record – the kind where the messy, in-between musical spaces are given space to shine, where hitherto untapped tangents are unfurled to see what might be found inside.

"On his latest single, No Blacks, No Dogs, No Irish, this unexpected mix of styles comes to the fore. Referencing the racism of 1950s British boarding houses, as well as Beardmore’s own experiences of xenophobia, the single also nods to London’s broken beat scene in its propulsive, incantatory melodies. It’s an unlikely combination, but it works." The Observer

"With its sparse yet emphatic production ‘No Blacks, No Dogs, No Irish’ offers a sonic template for the album itself, moving from the South African influence of his heritage to granulated noise." Clash Magazine

"'No Blacks, No Dogs, No Irish' is another fine example of this, as it skitters forth on African-infused rhythms and melodies, while he makes astute and gritty observations." The 405