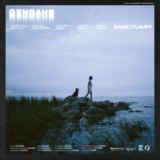 Gengahr announce their much anticipated return with their third full-length album, Sanctuary, released on 31st January 2020 via Liberator Music (part of The Mushroom Group). More expansive and ambitious than ever before, Sanctuary is the experimental alt-pop band’s finest body of work to date, a DIY triumph which welcomes old friend Jack Steadman of Bombay Bicycle Club as producer, adding his distinct brand of symphonic sparkle to Gengahr’s complex, layered sound and pushing the band further into all-out pop territory than they’d ever dared stray before. Recorded at the brand new Propagation House way out in Bude in Cornwall, the album also recaptures the magic that old school friends Felix Bushe, John Victor, Hugh Schulte and Danny Ward felt when they were making their debut. The North London four-piece today share the stunning, floor-filling first single, "Everything & More”. Gengahr also announce a UK tour in November 2019 as special guests of Bombay Bicycle Club as well as a full UK and European headline tour for February 2020 with their biggest London show to date at EartH on Friday 21st February. Full dates are below with UK shows in bold. Born of an epic journey, the follow-up to their acclaimed 2015 debut A Dream Outside and 2018’s Where Wildness Grows sees songwriter Felix Bushe tapping into personal pain but coming out fighting. Homer’s Odyssey was constantly in the back of Felix’s mind when writing, acting as a constant guide. His own modern take largely deals with the fact that his wife is still living out in Australia while Felix is based on the opposite side of the world. The highs and lows of such a long distance relationship, as well as the sudden passing of his mother, have all fed into the album’s rollercoaster of emotions. The disco-inflected “Heavenly Maybe”, heavy with ennui as well as a powerful melody, details Felix’s experience of partying in order to distract him from his real life problems. “I was picturing myself as Odysseus in this captive journey where I was just trying to get back to where I wanted to be in life,” he explains. With mixing from the hugely in-demand Nathan Boddy (James Blake, Nilufer Yanya, Shame), additional production from John Victor and engineering from A Dream Outside’s engineer James Bragg, Sanctuary is vibrant, intoxicating, intimate and alive; the product of friends having a good time and seizing control of their own destiny. It is a heartfelt, sophisticated body of work that runs the full gamut of human feeling, with a positive ending in the form of the beautiful, twinkling “Moonlight” - a harmonious conclusion of unison and togetherness, hinting at a bright future.