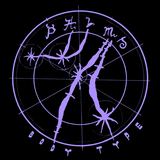 “Do you believe in karma? Do ya? Do ya?”
The first words we heard from Body Type were accusatory, playful, coy. They dared you to look
them in the eye. To pay attention.
The song those words came from, ‘Ludlow’, seemed too good to be true. It made a racket while
staying astonishingly controlled; the vocals sounded more like a sample from fifties cinema than
anything recorded in this century, so deliberate and devastating in their delivery. Follow-up
single ‘264’ exists in a completely different realm to ‘Ludlow’, but it’s equally as astonishing, just
as clever and wry and beautiful as its predecessor.
Live, Body Type exceed the expectations set by their singles. All four members – Sophie &
Annabel on vocals and guitar, Cecil on drums, Georgia on vocals & bass – are vital. They are,
on a musical and emotional level, inexorably linked, each member’s importance going beyond
musical skill or personality.
It makes sense that the four members have this almost elemental connection – the story of the
band’s inception gives the sense that there was something cosmic involved. It goes like this:
Sophie, after a period living in New York, found herself in Sydney with a handful of Garageband
demos needing a beat. Enter Cecil – drummer, old friend and fellow Perth native – who had also
decamped to Sydney. They met Annabel soon after, and were completed when Georgia,
another Perth survivor, joined on bass. The quartet played their first show in late-2016; less than
a year later, they’ve played main support for cult heroes Japandroids, opened for luminaries like
Frankie Cosmos, Big Thief and The Coathangers, and played Gizzfest and Sydney Festival and
the inaugural Electric Lady Festival, curated by Jack River. The end of 2017 saw the band play
main support for psych heavyweights POND on their national album tour.
Body Type’s ‘Silver’ goes for a hat trick; a third killer single in the bag for the ascendant
four-piece. It’s more wistful than what we’ve heard from the band so far. “Everyone you know is
turning silver,” sings Sophie. It’s about ageing, and change, but ‘Silver’ isn’t a sad song – it’s
pretty and complex and filled with joy.
“The song comes from a very specific moment when I first noticed some of my friends starting to
get grey hairs,” says Sophie about the inspiration behind the song. “That’s where the idea of
turning ‘silver’ comes from - witnessing your own passage of time through the changes in
people around you. Accepting that people will drift in and out of your life, or maybe run away
and then pop back in for a little while, or maybe always be around, but never quite the same.”
Fittingly, ‘Silver’ also marks a change in the way Body Type saw themselves as a band. “For
me, this song in the space/time continuum signifies a turning point for the band - a point where
we realised Body Type was a real unit, greater than the sum of its parts,” says Sophie. “I took
some scrappy demo to rehearsal and suddenly it was a whole song. It's a very nice feeling
finding people you can do that with.”
In 2018 the band joined forces with Inertia Music and Partisan Records, celebrating the signings
with their latest single ‘Arrow’. Returning with their take on scuzz rock, ‘Arrow’ immerses the
listener with dreamy distorted guitars, infectious baselines and angsty vocal lines to deliver their
self-described “pop-rock tantrum”.
“Arrow is about the prick of love. It’s about being stung and the pleasure and pain that
accompany being struck by cupid’s arrow,” says vocalist and bassist Georgia Wilkinson-Derums
of the track. “For me the song has always carried the power of female physicality in
performance, it’s where I see Body Type get a little more aggressive, a little more dramatic.”
With each new release, Body Type continue to prove that they still have a lot left in them,
cementing their status as one of Australia’s most exciting and promising young bands.
You won’t be watching them disappear any time soon.