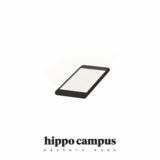 One of the first tracks written for their debut, ‘Western Kids’ finds the band taking a critical yet ironic look at their generation - questioning whether we ourselves embody the problems so often discussed and more often complained about, whilst feeling frustrated by a criticism of the self inherent in youth. It continues the line of self-discovery throughout Landmark, a band coming of age with a better understanding of the world they will leave behind.

The song follows recent cuts ‘Way It Goes’ and ‘Boyish/Monsoon’ - some of the band’s most celebrated efforts to date, with substantial support coming from Mistajam, Huw Stephens, Greg James, Steve Lamacq and more, whilst sitting at well over 10,000,000 spins on Spotify.

The band’s debut ‘Landmark' was written and recorded over the past twelve months and produced by the fast-rising BJ Burton (Bon Iver, Francis & The Lights, Low). The record marks a true coming of age for the band, exploring an intimate world of universal concepts; love and loss, family and friendship, hope and self-doubt, amongst many others. A milestone at the time in life of which certain questions are answered, but so many more are asked.

Eschewing any of the band’s critically acclaimed previous works, ‘Landmark' is a collection of thirteen brand new Hippo Campus songs - a debut in the truest sense, and one that musically uncovers a series of fresh sounds from the group. Whilst a strong grasp remains on their classic songwriting capabilities, another is held for experimentation and sonic discovery.

Hippo Campus are now set to return to the UK for a run of shows in October - including their biggest to date at London’s Koko on 12th October.