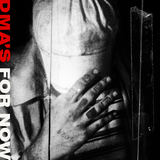 Sydney trio DMA’S have today unveiled new single ‘For Now’ which will be released alongside an album of the same name on April 27th. The track captures DMA’S unmistakable swagger, defiance and charm – it’s a euphoric celebration of dance-rock. Bold in their sentiment, DMA’S mix stadium ready guitars with jangling acoustics while lead singer Tommy O’Dell’s melodic yet gritty vocals gloriously shine. The bassline rages through the track creating an atmosphere of infectious intent.

DMA’S made a huge impression with their 2016 debut album ‘Hills End’, which became a Gold-selling smash at home and a word-of-mouth hit here in the UK. Now the band have raised their game with their new album ‘For Now’ which will be released on April 27th.

Produced by the band alongside Kim Moyes of The Presets, ‘For Now’ is a gloriously uplifting album of beautifully honed, passionately emotive rock’n’roll songs. A teaser of what to expect emerged late last year when intro track ‘Dawning’ was released. Demonstrating that the DMA’S are brimming with confidence, its crowd-pleasing hook and rich melodies made for the kind of timeless indie anthem that bands rarely seem to write any more.

That purity and command of songcraft is also on vivid display throughout their brand new single ‘In The Air’ which has just been premiered by triple j. It’s a beautiful ballad, with sweeping production, and daydream-inducing lyrics that shine a light on the band’s much-loved talent for pop writing.

While the collection echoes the strident, hook-heavy Britpop and Madchester influences of the band’s debut on tracks such as the explosive opener ‘For Now’ and Depeche Mode-esque ‘Do I Need You Now?’, it’s also an album that demonstrates a very organic evolution. ‘The End’ (written by guitarist Johnny Took) shows Kim Moyes’ influence with its dark electronic production and synths, while the psychedelic-tinged ‘Emily Whyte’ (written by guitarist Matt Mason) erupts into an epic, blissed out album closer.

More broadly, the most transformative element of the band’s sound comes in the shape of Tommy O’Dell’s vocals - the character and attitude of his voice is now heightened by a fresh new soulful element.

“Last time round, we were still working out what kind of band we want to be, and we still are,” admits Johnny Took. “We still have that jangly rock’n’roll aspect to it, but it’s also matured in other ways. It feels like a natural progression for the band.”