TUNE Be Charlotte - One Drop 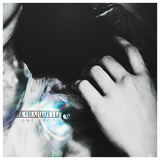 Following on from the hugely successful, and undeniably catchy, Machines That Breathe, Be Charlotte continues to develop her innovative, unique sound on the latest single One Drop, due for release on 20th January 2017.

Still in her teens, Be Charlotte is already one of the most prestigious and cutting edge songwriters on the Scottish music scene, illustrating a rare ability to transcend genres with ease; incorporating pop, hip-hop, beatboxing, electro and indie pop, crafting unmistakable soundscapes that are as playful as they are poignant. Tackling social issues, specific to her own surroundings as well as being ambiguous enough for others to easily identify with, Be Charlotte creates vibrant, captivating music while skilfully integrating intelligent, affecting songwriting.

Her unorthodox approach has picked up a well of support; Be Charlotte has already charted in the viral Top 50 on Spotify, been playlisted on Radio X’s evening playlist and has accrued support from tastemakers at BBC Radio 1.

Recently, Be Charlotte returned from a tour of South East Asia where she played in Taiwan, Singapore, Vietnam and Hong Kong, as well as spending two weeks recording at Karma Studios where The Libertines and Placebo recently recorded their albums. Bookending a successful year, Be Charlotte has been confirmed to play SXSW 2017 in Austin, Texas, has been named one of The Great Escape’s First Fifty and has been chosen as one of only two acts representing the BBC at Eurosonic Festival. Be Charlotte is due to appear on the BBC Introducing Stage at Eurosonic on Friday January 13th 2017 and, as if this wasn’t enough, she was invited to play at the world famous Hogmanay celebrations in Edinburgh.